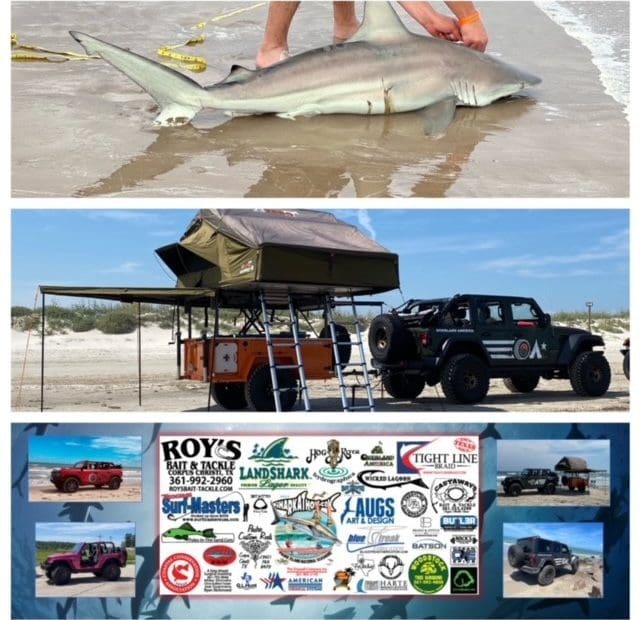 It all started with an email I didn’t think would go anywhere. I sent an email to sponsorship@sharathon.com, explained Overland America was a Jeep and Camper rental business new to North Padre Island, and asked how we could get involved, if it wasn’t too late. Two minutes later I received a phone call from a gentleman saying he was from Sharkathon and needed a 4×4 to drive during the Sharkathon tournament. I told him we would be happy to donate a Jeep for them to drive the beach. If that wasn’t God putting the right people in the right place at the right time, I don’t know what is.

It didn’t stop there. The gentleman’s name was Curtis, and he rolled out the red carpet for my team and I. We were invited to set up a display at the check-in site, and we were able to talk to fishermen and women about our rental vehicles and camping trailers. WE SOLD OUT that day for the entire weekend! The welcoming reception we received from the men and women on the island has been awesome!

Sharkathon…what an event! We heard about it in August when we first visited the island, and it did not disappoint! My first time seeing a shark! Kids catching sharks! Adults catching sharks!! Teenagers catching GIANT STING RAYS!!! It was an amazing experience, and I am so very blessed I got to experience it. Overland America is honored to have been a sponsor! Count us in for next year!